<table align="left" cellpadding="0" cellspacing="0"> <tbody> <tr> <td> <p>Chikmagalur is a nature lover’s paradise. Nestled in the foothills of the Mullayanagiri range, Chikmagalur is blessed with abundant scenic beauty in the form of lush green forests, tall mountains, refreshing coffee plantations, sparkling waterfalls and breath-taking valleys.Chikkamagaluru situated in southwestern part of Karnataka, it is nestled in the Baba Budan hills. Chickmangalur literally means, ‘The Younger Daughter’s Town.’ Legend reads that this town had been given as a dowry to the younger daughter of Rukmangada, the famous chief of Sakrepatna. Chikkamagaluru is a calm, serene town full of scenic surprises. Hills, valleys, streams and snow-white coffee blossoms are all here to woo.In and around Chikmagalur there are beautiful hill stations and places of picturesque beauty. The district is strewn with many holy spots and proliferates legends associated with stories from the epics of Ramayana and the Mahabharata.The major commercial crop is coffee. The hill stations around Chikmagalur are famous summer retreats since they remain cool even during summers. Mullayanagiri, the highest peak in Karnataka is 12 Kms away from Chikmagalur. The district is dotted with many holy spots and tourist places. A number of rivers originate from the hills of Chikmagalur district and flow in all the seasons.</p> </td> </tr> </tbody> </table> 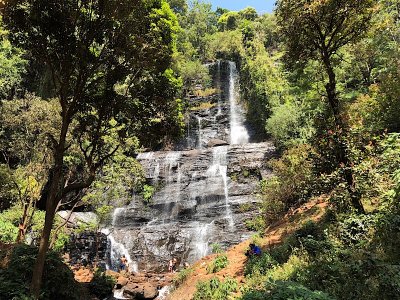 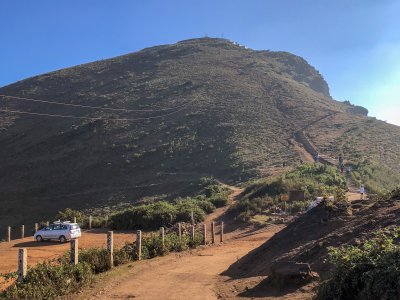 Located in Chikmagalur, the Coffee Museum is a unique repertoire of the coffee business, right from growing to the brewing of the beans. This museum was built to reconstruct the thematic display of the history of coffee and the processes including picking, grinding and drying using which the bean was made. The museum offers one of the best coffee descriptions in the world. Except for a coffee tasting experience, it gives an all-inclusive experience. The coffee evaluation and training centre is situated on the same ground as the coffee museum. Nestled in a lush green environment, a short stairway leads one towards the coffee encyclopedia.

Datta Peeta Situated north of Chikmagalur, this range is named after the Muslim saint Baba Budan. It has one of the highest mountain peaks whose altitude falls between the Himalayas and the Nilgiris. To the north of Chikmagalur town is the Baba Budan Giri Range or Chandra Drona Parvatha as it was known in the ancient times, which has one of the highest mountain peaks between the Himalayas and the Nilgiris. The Dattagiri or Baba Budan Giri Range includes- Mullayanagiri (height 1930 m) and Dattagiri/Baba Budan Giri (height 1895 m), the highest peaks of Karnataka. Some places of interest in the close vicinity are the three large caves said to have been sanctified by three Siddhas that contains their icons and tombs. There is an annual Jatra held here in their honor. Another place called "Seethala", in the close vicinity contains a Mutt and the dual shrine temple of Seethala-Mallikarjuna. A short distance from here there is three waterfalls called as Gada Theertha, Nallikayi Theertha, and Kamana Theertha. Each of these waterfalls is associated with different episodes. The Gada Theertha, according to a myth was created by Bheema (the Pandava prince) with his gada, to quench the thirst of his mother during their exile. 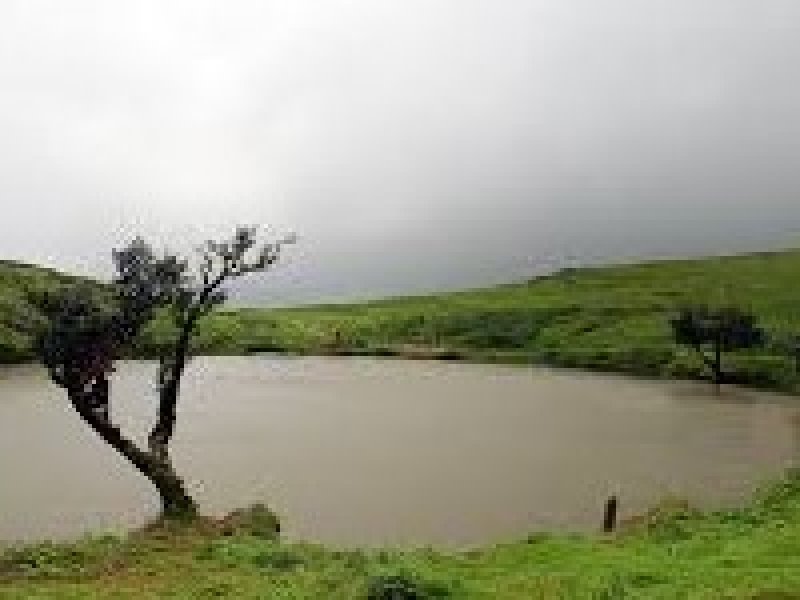 It is an unquestionable requirement visit on the off chance that you are in Chikmagalur. Galikere can be achieved en route to Mullaynagiri crest, however in an alternate bearing after a typical access point. This is a mystery lake that is settled in the valley which has a sanctuary. Individuals come here to tonsure their children. The best time to visit is just toward the beginning of the day as it gets very dim even early in the day and that too amid summer. It's an incredible place to simply unwind, there is not a lot to do, which is the excellence of this place 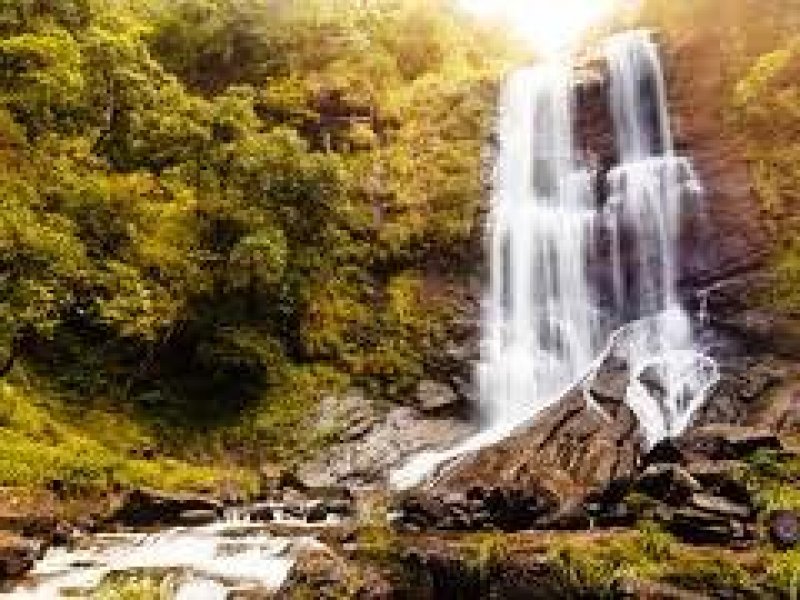 The falls are accessed from Kemmangundi hill station. It is located 8 km from this hill station. The falls are surrounded by astonishing greenery. Dense forests, thick foliage, rich flora, and hills encompass this region.Coffee plantations are sprawled across the expanses around the falls. Descending from a height of 168 meters, the falls is divided into two stages – the Big Falls and the Small Falls. Called Dodda Hebbe and Chikka Hebbe, the waterfall varies in height at these two regions.Hebbe Falls form an ideal location to experience a calm holiday in the backdrop of nature of all the Chikmagalur tourist places. It is the perfect location to unwind and distress.One of the best features of these falls is that the water is infused with herbs. It is like a natural jacuzzi with exotic herbs mixed into the water. So take a dip in these healthy waters and feel the difference. Become one with your natural surroundings.During the monsoon, the waterfall becomes voluminous and makes thunderous sounds that can be heard from afar. The waterfall that is 168 meters in altitude is situated in Kemmangundi. Like other spring falls in the region, the water stream is believed to cure skin disorders.This fall is created by the waters of the mountains. It plunges cascades down from 250 feet to Dodda Hebbe and Chikka Hebbe, in 2 stages. Hirekolale Lake is reachable by a narrow band; you could either walk or drive a car over the bund to explore the lake. During sunset, the place is truly magical with the placid lake shimmering and the silhouette of the weathered mountains punctuating the skyline.

Honnamma Falls is a lovely waterfall located in the Chikmagalur district of Karnataka. The waterfall is situated at a distance of about 25 km from Kemmanagundi and about 1 km from Baba Budan Giri Dattatreya Peetha. Nestled within a dense forest area the waterfall is one of the lesser known natural beauties of Karnataka. The lovely waterfall has a height of about 30 feet. It is a wonderful spot and offers fascinating views of Baba Budan Giri Hills. Jhari Falls, arranged while in transit to Baba Budangiri or Kemmangundi from Chikmagalur, is encompassed by thick backwoods and espresso estates. This fall is made by the springs produced in the mountains. A pool is shaped by the waterfall underneath which permits guests to swim and play in the water. This is an ideal withdraw from the bustling city life and it is one of the must-visit vacationer spots in Chikmagalur. Guests can't take their vehicles because of the awful state of the streets 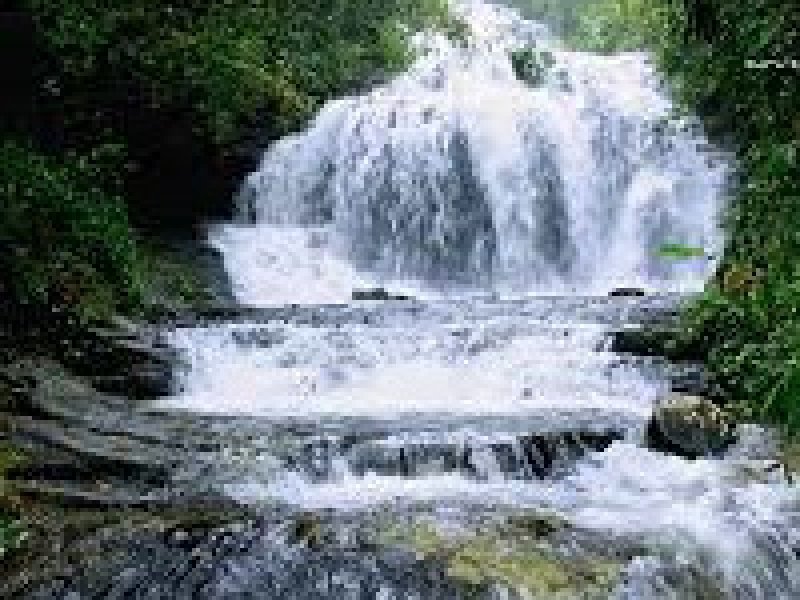 The Kadambi Falls catches the substance and disposition of Chikmagalur. This charming locale is brimming with naturalistic qualities. The falls are a locale to visit and witness. You have to feel the flawless waters touching your skin. Experience the purest components of nature in a world that is cased in astounding greenery.The Kadambi Waterfalls are a noteworthy draw for sightseers who need to encounter the excellence of nature in the lavish green Western Ghats and particularly in the Kudremukh extend. It lies near the fundamental street between Sringeri and Kudremukh. As it is near the fundamental street, it can be seen from an extension arranged close-by. Notwithstanding, most guests like to go close to the falls in the wake of beating a couple of minor obstacles. The brave guests even get down to the waterfall to appreciate the magnificence of the environment and the water. Kalasa is located at a distance of 92 km southwest of Chikmagalur and situated on the banks of the river Bhadra. It is surrounded by lofty hills of the Western Ghats and is looked upon as one of the Pancha-kshetras on the banks of the Bhadra. Nearby are the Pancha theerthas, the five sacred ponds. The main attraction of Kalasa is Lord Kalaseshawara Temple dedicated to Lord Shiva, which has a Kshetrapala shrine of soapstone in Hoysala style nearby. The Madhawacharya band, a big rock at one of the theerthas here, is believed to have been placed by Shri Madhawacharya the founder of the Dvaita school of philosophy. A statue of this acharya is carved on the upper portion of the rock.Kalasa is a small town located on the banks of Bhadra River in Mudigere taluk of Chikmagalur district in Karnataka. The Temple town, Kalasa is home to the Sri Kalaseshwara Temple which is dedicated to Lord Shiva. Kalasa is located at a distance of 92 Km South-west of Chickmagalur, the district headquarters of Chikmagalur district.Situated in the heart of the Western Ghats in Chikmagalur, Kalasa enjoys a pleasant climate throughout the year although summers are slightly hot. The Kalhatti Falls is where nature wraps you in its charm. Over here you experience the elements of nature as pure, refreshing and charming as they come. The magnetism of this waterfall is evident when you see it at close quarters. The surrounding regions of the falls are revitalizing. It makes for a refreshing round of nature walks.the Kalhatti Falls have all the blessings of nature. They are located in a pristine environment. The backdrop is numerous mountains and dense foliage.This is the best place for such activities amongst places to visit in Chikmagalur. There is a small temple in the vicinity. This temple is sandwiched in the waterfalls.Not only are the falls a place for fun and devotion, they are full of trekking trails as well. Trekking is a very popular activity around this region. There are impressive trekking trails that meander through dense foliage. Offering plenty of sightseeing attractions, the regions around the falls make for ideal locations for camping too.There is a trail around the cascade that lets you trek all the way up and atop the falls. This is the perch point from where you can see the waters descend at full throttle.Kalhatti Falls is one of the spectacular waterfalls and most picturesque tourist destinations of Karnataka.Kalhatti Falls is also known as Kalahasti Falls, here water gushes at a height of 122 meters amidst charming natural setting.Kalahasti Falls of Karnataka is one of the most prominent waterfalls. Kalhatti Falls offers you a breathtaking sight which you won't encounter anywhere else. Kalhatti Falls at Karnataka is a perfect retreat for people from the hustle and bustle of the city life. The adjoining natural beauty is intoxicating as leaving the place is not easy. Kalhatti Falls is located at Kallattipura in Chikmagalur district of Karnataka. The waterfall is only 10 kilometers away from Kemmangundi hill station and is a must visit for tourists of Karnataka. Kalhatti Falls is not just famous for its waterfall but also for the adjoining flora and fauna that surrounds it. Kalhatti Falls is a hot spot for the trekkers who carry out their trekking exercises on the adjoining hills and mountains. Tarikere which is sited at a distance of 35 kilometers is haunted by trekkers from all across the globe. Kalhatti Falls is also known as Kalahasti Falls and it falls from a height of 403 feet thereby offering a mesmerizing view.